I saw this in a recent article and it got me thinking about life. You don’t actually have to take the quiz. Just read it and you’ll hopefully get the point.

1. Name the five wealthiest people in the world.

3. Name the last five winners of the Miss America contest.

4. Name ten people who have won the Nobel or Pulitzer prize.

5. Name the last half dozen Academy Award winners for best actor and actress.

6. Name the last decade’s worth of World Series winners.

How did you do? The point is, none of us remember much about these people, even though were considered the best in their fields. The fame dies and for the most part, their achievements are forgotten.

1. List a few teachers who made a positive impact on you in school.

2. Name three friends who have helped you through a difficult time.

3. Name five people who have taught you something worthwhile.

4. Think of a few people who have made you feel appreciated and special.

5. Think of five people you enjoy spending time with.

6. Name half a dozen heroes whose stories have inspired you.

That was easier, right? The lesson here is that people who make a difference in your life are not the ones with the most credentials, the most money, or the most awards. They are the ones that care.

This is my grandson, Reece. He’s five. And he chose to be a scientist for his kindergarten community helper day.

Now I ask you, why would a five-year-old want to be a scientist for community helper day? This has puzzled his mother and me all week. To our knowledge, Reece doesn’t know any scientists, nor has his teacher ever suggested that our community has one helping out somewhere.

The kid has an imagination that goes far beyond what most would call normal limits. Really. This is the same child that claims he can teleport into his top bunk. He’s also drawn a treasure map with “X” marks the spot, fully convinced that there is truly a treasure buried there. Wherever that may be. I don’t think he even knows. Or maybe he does, and we’re just too grown up to see it. Oh, and he was muttering “shiver me timbers” during the creation of the map. So, if you really think about it, the whole scientist concept isn’t much of a stretch for him.

This is imagination as it should be.

And I pray with all my heart that the teachers and adult influences Reece has in the years to come will be astute enough to allow his mind to soar. I pray that they teach him how to think and not what to think. He has a tremendous gift. He is destined to think things, to create things, to do things that no one else can. How completely wonderful is that!

By the way, the glasses are not real. The magnifying glass is. 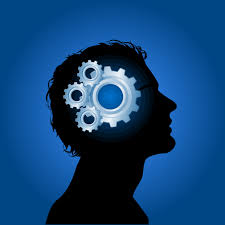 A number of years ago I read an article about how some well-known old universities around the world actually schedule thinking time for their professors. This time was not to be used for answering emails, returning calls, or teaching preparation. It was time to think. Period. The universities found that their professors were more creative, productive and achieved more positive results from their students.

Yesterday, my daughter (who is in her final months of graphic design study) told me that one of her instructors had shared with the class how he and his business partner spend 60-90 minutes a day in creative thinking. They’ve realized that they need this time to allow the creative process to stay sharp so they can continue to keep their leading edge in the design industry.

If you stop to consider, most of us don’t really do much thinking outside of our day to day decisions required to sustain life. We might let our minds wander while we are driving to work or doing the dishes or taking a shower, but for the most part it’s not really creative thinking. We plow along through our days at break-neck speed, trying to get as much done as possible so that we can fall into bed at the end of it feeling like we’ve accomplished something. And accomplish, we have. But what about the things that really make a difference? The unique, the inventive, the radical, the world-changing things. Those don’t just happen. They come from people who have spent time thinking – thinking beyond the day to day stuff.

I want to try the daily thinking exercise. I’ve picked a notebook I’m going to use to record the output (and yes, the notebook is a Moleskine). And I’m going to call it the 60 Minute Journal, or something seriously creative like that.

I’m excited to see what the Creator will show me. Check out my previous post, Call it Creativity, for more on that.

I wonder about things. Don’t you?

I wonder about why someone would ever want to paint their whole house purple when it was a perfectly normal color before. I wonder if the road construction crews working near our home really know what they’re doing because it sure seems like they don’t have a clue. I wonder why people like zucchini so much and I can’t stand the stuff. I wonder what is so fascinating about my leg that makes spiders want to crawl on it – and no, I didn’t scream but I wanted to.

I could go on and on with my I Wonder list, but my kids already think I wonder too much.

Seriously, it’s that sense of wonder that makes for very good storytelling. I can assure you that there is no possible way I could ever attempt to write a fantasy novel without a whole lot of wonder going on. It (the wonder) kicks in when you think you’re going way out there in your writing but then you realize you haven’t gone far enough. That’s when you start getting those “ah-ha” moments. I love when that happens.

Our wondering mechanism can be stifled by life. We get so caught up in the jobs, the bills, the kids, the cars, the house, and everything else that when it’s all done at the end of the day, all we want to do is stare blankly at the TV screen and fall into some kind of comfort coma. It’s comforting, all right. So comforting that we eventually lose our ability to dream and imagine and wonder. I can’t imagine a life less fulfilling.

Thinking in the Rain 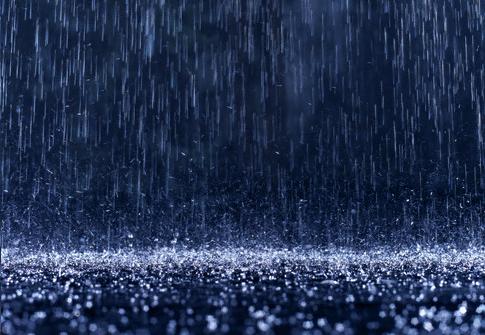 When you live in Canada on the west coast, you learn to live with rain from November until April. A lot of rain. I look outside and see little streams of water running down the road, puddles in potholes, and windshield wipers flapping on every car that drives by. Yeah, I know, it’s an exciting life I lead.

Today I am thinking in the rain.

Who is the lady with the bright pink umbrella who walks so slowly past my house every day at 10:30? Where is she going? Does she have a husband, children, friends? Is there something troubling her? Maybe she catches the bus to go to a job she despises, knowing that if she doesn’t work the bills don’t get paid. Perhaps she goes to visit a friend or to care for a loved one.

What about the couple next door who come and go numerous times a day in their beat-up Chevy van? Or the teenage boy who never wears a jacket.  Or the man with the limp who walks his dog.

These are the people I see when I sit at my desk, looking out the window. They don’t know I see them. They don’t know that I wonder what their story is. So I imagine stories for them, and some of them show up in the stories I write.

That’s what thinking in the rain does to me.