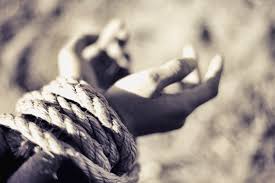 Okay, so you’re a little different. Quirky, even. You’ve kind of always been the odd one who didn’t think or act like the rest. You find humor in unusual things and other people just raise their eyebrows, shake their heads and call you weirdo.  Or eccentric. Or special.

What does that mean, anyway?

They put a label on you because you are not the same as they are. You make them uncomfortable. They don’t understand you and they don’t even try. They just want you to be exactly like them.

So, you try. You do everything you know to do so that you fit in. So they can think you really are just like them. But it doesn’t work. Inside, you are still the weirdo, the eccentric, the special one.

Welcome to my world.

I don’t work at being like them anymore. I am happy with who I am because this is who God intended me to be. He doesn’t make mistakes. And if they think God makes weirdos, well, let them think it.

I accept me. The people I care about most in the world accept me. I’m good with that.

“If you try to adapt to what people want you to be, then you will become what you were never meant to be.“ (author unknown)